Four seniors at Moravia High School are preparing to obtain their Seal of Biliteracy, and they are inspiring their younger classmates to do the same.

New York State established the Seal of Biliteracy to recognize high school students who have attained a high level of proficiency in listening, speaking, reading, and writing in one or more languages in addition to English. If successful, the seal emblem will appear on a student’s diploma.

Conklin said he’s going for his Seal of Biliteracy because he intends to travel to many tropical, Spanish-speaking countries, and wants to be prepared for the language barrier.

“I think about traveling and visiting Costa Rica, the Dominican Republic, and Spain. I want to be able to effectively communicate my thoughts and ideas with the people of these countries,” Conklin said.

Scholl said he was originally hesitant to go for his Seal of Biliteracy due to concerns it would overload his already busy schedule. However, Scholl said the experience has been enjoyable and something he would recommend to anyone interested.

“It’s actually really fun to do. Once you get rolling with it, it becomes so much fun and it really opens up a lot of opportunities,” Scholl said. 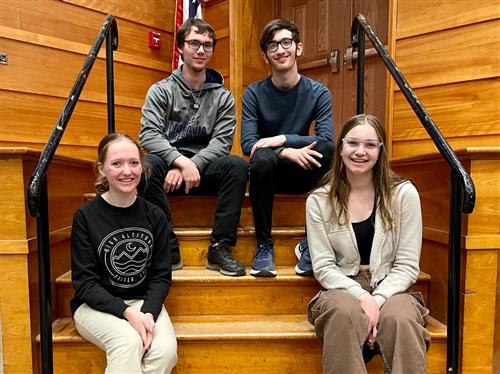