The budget calls for a 5.92 percent increase in spending over 2021-22 and carries a 2.5 percent tax levy increase.

Voters also decided on the three Board of Education positions.  Shawn Becker was re-elected with 303 votes, Emily Palmer received 249 votes, and Jaclyn Schnurr had 225 votes.

Connie M. Pendergast had 195 votes, while Andrew Powers had 163 votes.

Voters also passed the second proposition on the ballot, which was to purchase three 66-passenger buses. The final tally was 315-133. 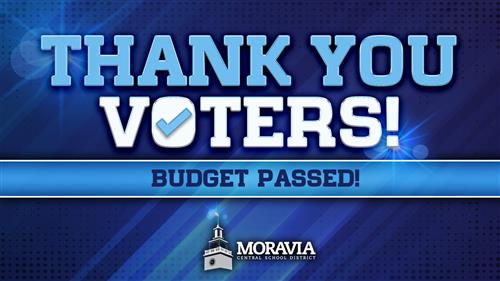